Saint Sylvester and the Dragon 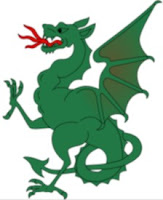 
In Italy, New Year’s Eve is called  “La notte di San Silvestro,” the Night of Saint Sylvester. Many legends are told about this Catholic Saint, but perhaps the most impressive is the story of Saint Sylvester and the Dragon.

During the reign of Emperor Constantine, Rome was besieged by an evil dragon that lived in a large pit outside the city. The breath of the beast poisoned the air, and a thick cloud of fear and dread hung over domes and arches, baths and basilicas. For every day, the dragon slew more than 300 men with his breath.

The citizens began to rail against the emperor, saying that it was because he had converted to Christianity that this terrible dragon had come to destroy them all.

Constantine called for St. Sylvester and asked what could be done to save the city. Sylvester was no warrior, no military strategist. He knew only one thing to do. He prayed, and St. Peter appeared to him and gave him a message.

Carrying two lanterns and a length of thread, St. Sylvester descended the staircase into the pit—down, down, down into a darkness that grew deeper and a stench that grew stronger. Two enchanters followed Sylvester to see what would happen, but they were too afraid to follow him all the way to the bottom of the pit.

Yet down, down went Sylvester--down 150 treacherous steps to an almost certain doom.

In the darkness flickered only three pale lights--the two lanterns and the eye of the dragon. Swallowing hard and making fists to steel himself, Sylvester spoke the words that St. Peter had told him to say.

Our Lord Jesus Christ was born of the Virgin Mary.

At first his voice was low and quavery, but as he spoke, the words grew in strength and power.


He was crucified, buried and arose. He now sits at the right hand of the Father.

And it is He that shall one day judge the living and the dead. Therefore, I command you, Satan, to remain in this place until he comes.

Then Sylvester stepped right into the face of the dragon and bound its mouth shut with the thread.

Triumphant, Sylvester began the ascent out of the pit. The air was already beginning to clear. About halfway up, he found the two enchanters, who converted to Christianity on the spot. As they walked together back to the emperor’s palace, St. Sylvester raised many of the dead who had fallen prey to the dragon.

Thus Rome was saved from a double calamity—the dragon’s fiery breath and the curse of idolatry. 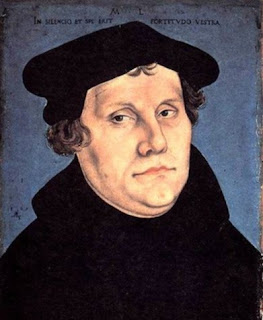 And though this world, with devils filled,
should threaten to undo us,we will not fear, for God hath willed
His truth to triumph through us:the Prince of Darkness grim,
we tremble not for him;his rage we can endure,
for lo, his doom is sure.One little word shall fell him.
Posted by Patty Kyrlach at 3:09 PM